Tuesday July 2nd, 2019 By Infertosa Comments are Off CITRIC FESTIVAL

The CITRIC FESTIVAL is an urban art festival that has been held since 2015, organized by the Torreblanca City Council and sponsored by INFERTOSA. It is an urban art project that promotes the practice of muralism in the urban environment and which makes the facades available to artists and neo-muralists who are loaned by the residents and the city council of this town to carry out their work. This event is held throughout the year in the city of Torreblanca (Castellón, Valencia) and is another of the emerging initiatives that allow the beautification of the public spaces of the cities, in this case Torreblanca, and the fitting out of new spaces for the development of urban art, while at the same time situating this city as a destination to be visited by lovers of street art.

In this way, Torreblanca joins the phenomenon of urban art exhibition cities, such as the MIAU (Unfinished Museum of Urban Art of Fanzara), whose organization also collaborates in the development of the Citric Festival. In its fourth edition, the festival continues to develop, grow and bet on more and more artists, whether local, national or international, without ever losing its main feature: mostly colorful, lively and striking murals with a great attraction and visual impact that encourage their viewers to reflect or contemplate. 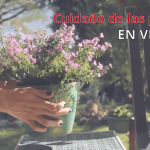 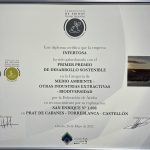 Infertosa is awarded with 1st Prize for Sustainable Development